Activity Without Productivity - What is Lily-Padding?

If your employees have a clear, focused goal in mind, then their productivity should be high.

Evaluating the activity and productivity of your employees is a reliable indicator of how well they understand the purpose of their role and goals of your company. If your employees have a clear, focused goal in mind, then their productivity should be high. That being said, employees in all types of roles can seem like they are actively working, though not being productive and efficient.

Personally, I have realized that I need to adjust my work habits because I try to do too much. This activity is called “lily-padding,” jumping around from task to task, and not completing each task as well as possible. When someone is in this kind of habit, tasks get pushed back and saved for later, and often get forgotten altogether, which is a problem of course. If this sounds like the work style of your employees, it is important to identify the cause. This can become a long-term issue if employees are “lily-padding” because they are avoiding the more difficult or time-consuming tasks on their to-do lists.

I believe there is at least one person like this at every company. One example comes to mind, when I was able to observe the clear signs of this behavior in the workplace: I was working for a company whose customer care manager was “lily-padding” like crazy. This manager had been with the company for over five years and he was at the forefront of client interaction and communication. His lily-padding habit became a problem because he never took the time to build or follow a plan, and he did not document client communications.

Here are 5 outcomes of this example of activity without productivity:

ONE: Although this manager enjoyed talking to clients, this positive trait went to waste because he didn’t take notes or log information immediately after meeting with clients; he remained the sole person with knowledge on clients and did not put it to good use. By the time he informally shared information about clients, valuable little details were lost because he was relying on memory of his conversations. He would share the information verbally with his team during meetings, who then had the challenging task of following up as a third-party participant in the conversation.

TWO: When he was asked to provide introductions to clients, with the hopes of meeting future prospects, it was continually pushed to the back-burner. He did not view helping sales as his responsibility, so he did not tackle the task. Productivity and possible for sales were lost because this manager was not motivated to step-in to all aspects of the business. These sporadic interactions with his team, while friendly, also took them away from what they were doing. In this scenario we are looking at the lost man hours multiplier when one manager has good intentions, but is limiting team productivity.

THREE: Due to this manager’s lack of planning and communication, there was high turnover in the company

FOUR: This manager impacted the entire company by refusing to use agreed upon processes and practices. As mentioned above he would not document his client interactions, and refused to use the shared CRM system. This caused a problem company-wide because by the time he brought up an issue in a meeting, a significant amount of time had passed and there wasn’t documentation of the problem. At this point, resolving issues became a larger task and consumed all areas including IT, sales, accounting and other staff.

FIVE: This manager could have turned things around by holding himself accountable with a plan and process to follow. All roles, especially those in managerial positions, should have clearly defined goals and expectations.

Here are a few steps to take if you identify that employees are not working efficiently: 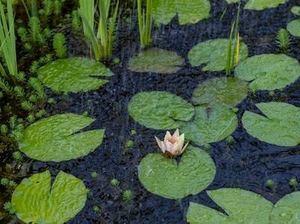